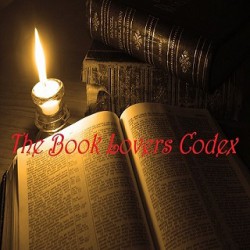 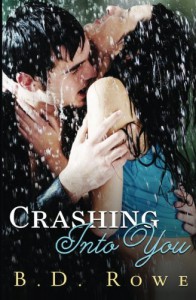 * Review copy granted in exchange for an honest review*

Full Review - with spoilers - on my blog
http://where-did-the-sun-go.blogspot.co.uk/2013/10/arc-review-crashing-into-you-by-b-d-rowe.html

I can't go into the in's and out's of why I didn't enjoy this book without giving away too many spoilers so I'm going to just say a few general things about it and if you want to read more, you click on the link and read the full review on my blog...

This is B. D. Rowe's first novel and it's an Indie novel (self-published). I'd like to say thank you to the author for writing, I'm sure alot of blood, sweat and tears went into this novel from conception to getting it on the market and I don't want to seem dismissive of all the work or ungrateful with my review but I'm afraid this review is overwhelmingly negative.

I don't know where to begin with this book. I really truly don't but I have to be honest!

I'm going to start by talking about Sydney.

Sydney is a self-righteous, judgemental, pain in the ass who is totally lacking in self-respect.

She is in love with her room-mates boyfriend. I love that saying "emotions don't have brains" because they don't. You cant help how you feel. So my problem isn't so much that she is in love with the boyfriend but the fact she is basically desperate for their one year relationship to collapse so she can make a move! Then the relationship does come to an end cause y'know the room-mate dies and Sydney is pretty much hitting on Evan at the funeral!! Who does that?! Throw in the fact that Sydney failed to notice she's sharing a room with a CORPSE for 3 days and yeah... creeptastic!

Now, moving on to Evan.

Evan is a complete tool! He's been with one girl for a year but is leading on the room-mate (blowing hot and cold). You get the impression his relationship with Melanie was ending and me wanted Sydney but for whatever reason wouldn't let go of Melanie - that to me says COWARD. Chuck in some other stuff he does and yeah... He's not very endearing!

There is no soul in this book. It doesn't make you feel. You don't share the emotions of the characters. All you kinda feel is general annoyance and frustration.
The only bit of the book that caused a reaction in sync with the characters was when Sydney was going to kick Evan to the curb (whoo hoo) and it was ruined by life or death drama. Honestly I almost threw my kindle.

I also hated some of the word choices of the author, for example "Twink" in reference to a gay man. Now, I don't know about the US but in the UK "Twink" is a derogatory term used in reference to gay men and every time is was used I wanted to screech.
Another thing that springs to mind is the use of the term "boy-toy"...

Then, the ending. A cliffhanger. Normally, even when I didn't really enjoy a book, I'll need to read the next one (if it ends on a cliffhanger) cause I just need to know how things end or it annoys me. It's why I never leave a book unfinished no matter how much I don't like it. With this I will quite happily not read the next one as I just don't care how it turns out, the entire novel is being banished to my mental room 101 once I publish this review.

Personally, I don't recommend this book but this entire review is just my own interpretation of the book, it's my opinion and everyone reads things differently so please don't let it put you off, just be prepared!